I was an average kid doing what most kids do...outdoor things, biking, all kinds of sports....etc. My late teen years after high school I got into smoking, drinking, parties and chasing women, like most of my friends around me... most of this lasted throughout my twenties.

In my early thirties I bought my first house and got what I always wanted a Dog (yellow Lab). Life was good so I thought . A few years later I went in to a depression caused by stress from work , girlfriend, and a few other things. The stress got so bad I started having chest pains and severe dizziness. I ended up with a bad case of vertigo. While I was dealing with all this a close friend of mine suggested going to church with him. I was all for it. I always believed in God, but was not raised in a family that went to church. I ended up going with my friend to church and it was the most moving experience I think I ever had... between the music and the pastor I knew this was for me, so I attended regularly for sometime before fading back to my old everyday busy life. Something had change though I would regularly listen to Christian music and sermons on the radio ...and began to lose interest in the bars and that type of lifestyle. I then got into martial arts for a few years trying to find my niche in life. I also took up woodworking which I still enjoy today. Both hobbies helped keep me away from the older lifestyle. 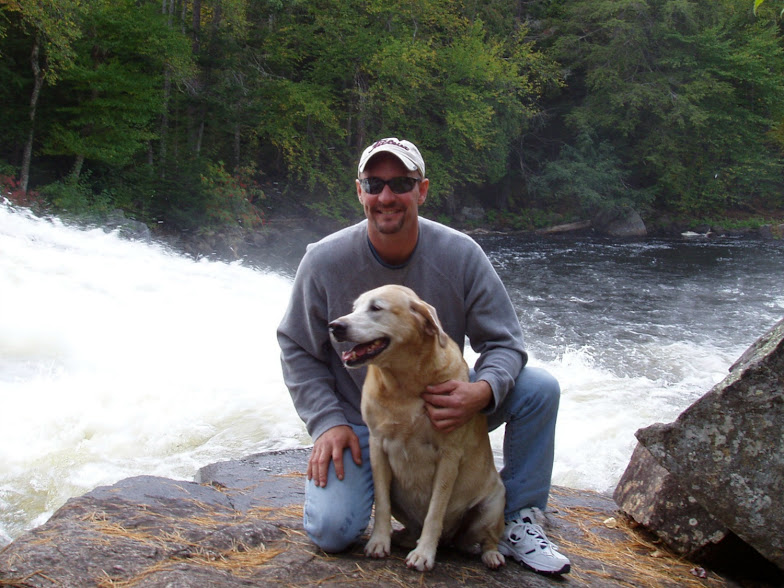 She was by far my best friend, we would hike everyday possible and most of the time we hiked many times per day.  We were like to kids together always adventuring together, chasing each other and wrestling.  She was an extremely smart yellow lab.  At six months old she would get me a drink out of the fridge... turn around , go back and shut the door. She would turn lights on and off in the hallway, and many other tricks.  She knew the names of most of her toys and if I told her where they were, she knew what room I was talking about. Every fall, We would always venture up to the mountains for a few days to hike.

My Dog had two very serious operations to save her life.  The first was at 7 years old. Something with her blood was extremely low (was supposed to be 4.0 and it was .04)  They thought cancer and recommended biopsy of her intestines and stomach area.  I did not want to lose her so I agreed.  They found nothing and determined she was allergic to her food.  I was very upset that they hacked her open like that.  It was a month or two before we got things under control.

The second one was at 10.5 years old she was playing in the yard and ruptured a hidden 7 lb. tumor off her spleen.  I thought she ate bad food and had a belly ache.  When I realized it was more, we (Dad and I) rushed her to the vet and they said we have to put her down. The vet said that the tumor was to big, most likely cancerous and at her age she would not survive an operation, we were devastated.  She was our child.  I prayed and begged God not to take her yet.  We decided to rush her to the specialist and take the chance.  They ended up rushing her in for an emergency operation. It turns out that the tumor was benign and even with the extreme amount of blood loss (one liter in her abdomen)... they were able to save her. She had a blood transfusion along with other things and she was able to pull through.  I ended up getting 4 more awesome years with her. These were the most playful and affectionate years before she ended up passing. It was in this 4 year time frame that a photo was taken of her (on page 2) that changed my life. 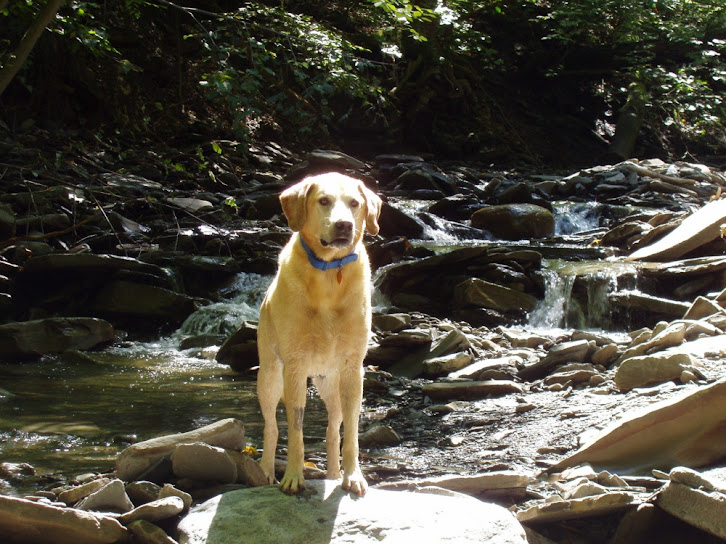 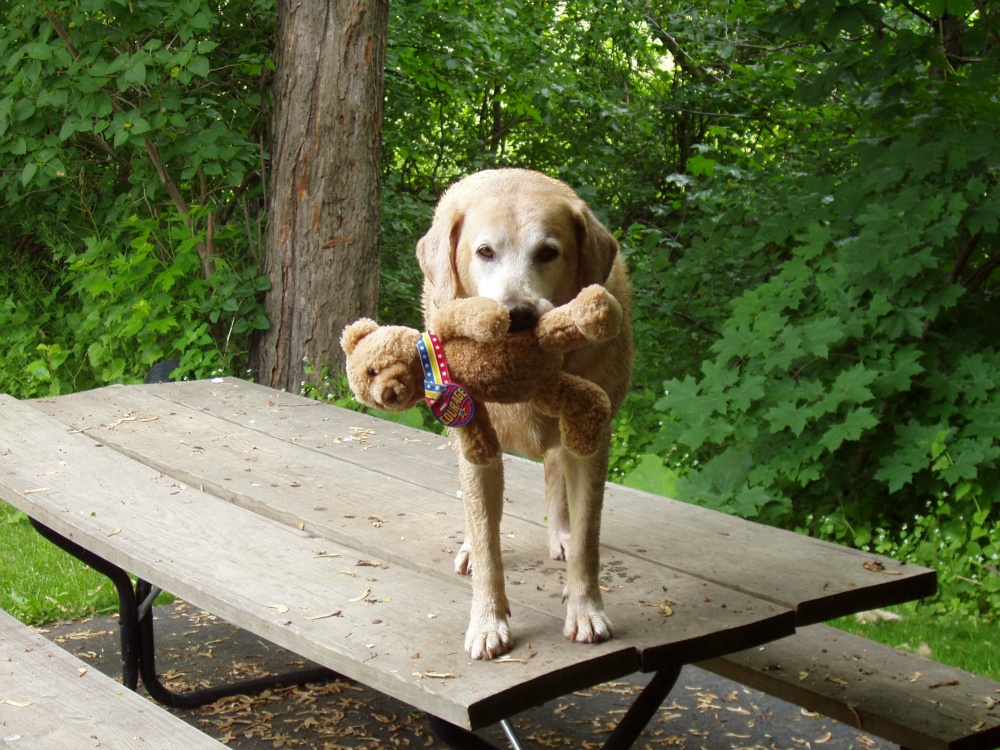 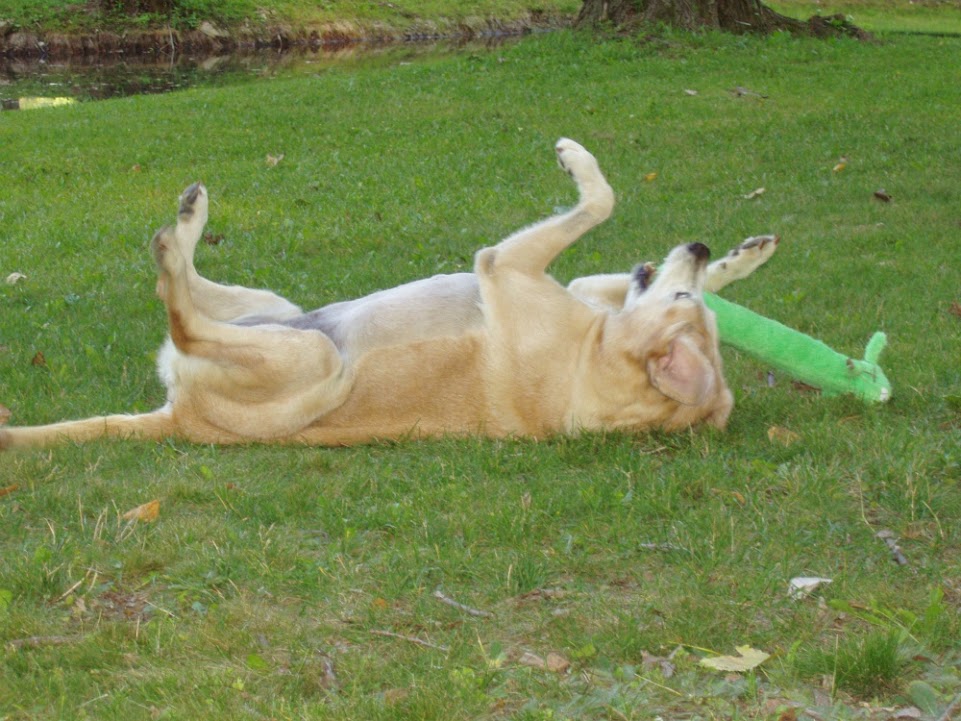 After second operation.... healing , she was one happy camper

I know some are wondering why my dog is in my testimony, but you will see why in following pages. A photo of her was used as a vessel to teach me to see things differently and start me on an incredible journey. The feeling I have now after all the events that have taken place and that continue to take place are the result of my unconditional love that I had for my dog and the closeness I felt with God while hiking in nature with her. Everything that I have seen and continue to see tells me that Our Father wants the same unconditional love from all of us. He Loved us first and we should not only recognize Him and His Son for the sacrifice for us, but love them unconditionally as True friends to guide us. I know some are questioning reading further and are thinking I may be a little looney ...I completely understand ...because years ago when I heard of people saying they heard from God I used to feel the same way. Trust me this is quite different from that... and all these images you will see I was led to... and a majority verses on here were presented the very next day mostly after silent prayers. Ive been guided through all this by something Incredibly Divine. For those that know me this will probably be a complete eye opener..as nothing they ever could imagine coming from me. Most know me as someone quite different wrenching on machines all day at work, outside of work always doing something adventurous... building things, boating , golfing, venturing on the motorcycle ...etc.  I still shake my head at times....I never in a million years would ever imagine writing a testimony, let alone a paragraph about my life....just was not me....till now. Like I said I have been guided by something incredibly Divine...and this was just too good to keep to myself....Please trust me this is all very true.. enjoy and God Bless

For many years prior to these events I ask our Father in heaven for help in helping others. I assumed the it would be through something like philanthropy or building things for habitat for humanity...I never expected any type of gift or really know about gifts of the Holy Spirit. As you progress through these pages you will see how the Lord planted a small seed with me and slowly (over many years) taught me to see what most do not see. When I first started to see these faint images I thought it was a personal sign from our Father in Heaven to let me know he was there and helping. As you will see (page 2), the images started out small to get my attention but kept growing in significance over the years (page 3 on). These events led to me being answered and to reading the bible with the help of the Holy Spirit for greater understanding... Thus beginning this amazing journey.